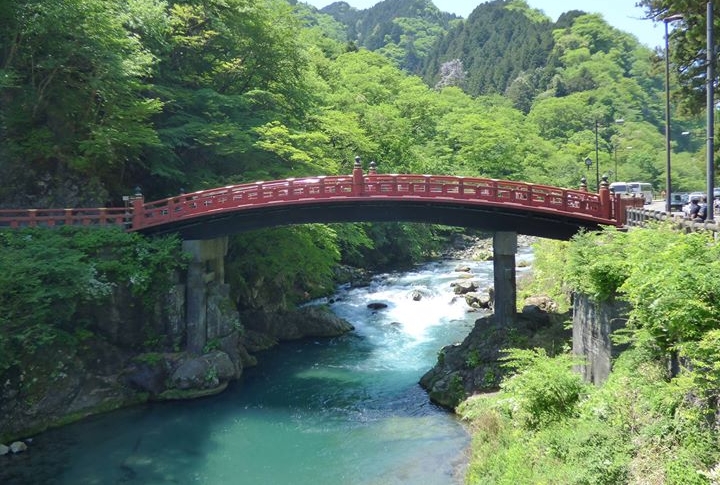 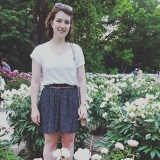 Stream About me My Tributes

This is a tribute to whales, my favorite cetaceans. They are amazing for many different reasons. Cetaceans evolved nearly 49 million years ago, and have remained essentially unchanged for the past 35 million years or so. In addition to being a fairly old species evolutionarily speaking, whales are some of the most long-lived species in terms of life expectancy. In fact, the bowhead whale, a species native to the Arctic, is the longest living mammal on Earth. Some bowheads have been found with spears lodged in their flesh from failed whaling attempts nearly 200 years ago, and the oldest known bowhead lived to be 211 years old! Another interesting fact about whales that you may have heard: they use echolocation, or biosonar to locate prey and predators. Essentially, the whale emits noises and waits for the sound to be bounced back off of the objects surrounding it, thereby determining what is located where. Echolocation is especially useful for species like the killer whale and the sperm whale, which often live in turbid (hazy) waters where sight is limited. Another fun fact about whales? They have very large brains! For example, the average brain of a sperm whale weighs 7.8 kg, which is the largest known brain mass of any living animal. Due in part to their large brains, whales have exceptional communication abilities, and have been known to create complex loud, melodic sounds which are sometimes referred to as "whale songs". Even whales who are miles apart can repeat these "songs" to one another, changing a few notes here and there for variety, something that fascinates scientists. In short, whales are fascinating, beautiful creatures deserving of tribute of their very own.

Taylor Alison Swift was born on December 13, 1989 in Reading, Pennsylvania. She spent her early years growin up on a Christmas tree farm in Cumru Township, Pennsylvania, later moving to nearby Wyomissing. Swift became interested in music at a young age; at 9, she began performing in musical theater before realizing that her heart was in country music. At age 11, Swift's mother brought her to Nashville with an album of Swift's karaoke covers of popular country musicians like Dolly Parton, but her efforts were thwarted, in part due to her age. Swift wrote her first song, "Lucky You," at age 12, and at age 14, performed more of her original songs for RCA Records. She received her first record deal at age 16 with Big Machine Records. Her eponymous debut album was received positively by critics and achieved commercial success, and in 2007, Swift became the youngest artist ever to earn the Nashville Songwriter's Association's Artist of the Year award. Since her start as a fledgling country star in 2006, Taylor Swift's illustrious career has made her into something of a pop legend. She released two country-pop albums, "Fearless" (2008) and "Speak Now" (2010). 2012's "Red" solidified her transition from country to pop and dabbled in various genres, including dance-pop and even dubstep. Her most recent album, "1989," was hailed as a one of the decade's greatest commercial successes, with a tour grossing over $250 million. In the past year, Swift has cowritten such songs as Calvin Harris' "This Is What You Came For" and Little Big Town's "Better Man," and her most recent project is cowriting and singing "I Don't Want to Live Forever," with Zayn Malik of One Direction fame. The song will be featured in the upcoming movie, "Fifty Shades Darker."

Healthy and Delicious 3 years ago

There are many varieties of green tea: sencha, matcha, gunpowder, and jasmine, just to name a few. The beauty of green tea lies in its simplicity; every type comes from the same plant, Camellia sinensis, and is only rendered unique by various growing practices and processing methods. Tea has been around for millenia; there is evidence that tea was consumed during the Chinese Han Dynasty in the 2nd century B.C. China still produces much of the world's tea, but tea production has spread to Japan, India, Sri Lanka, Taiwan, Kenya, and many other countries throughout the world, even the United States. However, most of the world's green tea is still produced in East Asia, particularly China and Japan. Sencha is a type of Japanese green tea which is steamed, then rolled into small cylinders. Because it is steamed rather than toasted or pan-fired like some Chinese teas, it retains a grassy, earthy flavor. I visited Japan in 2015, and one of the highlights of the trip was actually getting to visit tea fields, pick my own tea, and dry it over a heated pan. Although most Japanese tea is steamed rather than dried in a pan, it was a once-in-a-lifetime experience to complete the process of tea-making in a country renowned for its tea. Besides being delicious, green tea also has many health benefits. For example, regular consumption of green tea is associate with reduced risk of cardiovascular disease and may be associated with a reduced risk of stroke. Researchers think this is because green tea lowers cholesterol and triglyceride levels. Some researchers also believe that green tea may reduce the risk of cancer due to its polyphenols, which may kill cells that could become cancerous. Finally, green tea may help regulate glucose levels in those with diabetes due to its possible blood sugar lowering affect. Here's to my favorite beverage - tasty, healthy, and versatile. Whether or not it promotes heart health or prevents diabetes, I'll always love sitting down with a cup of hot, comforting, green tea.

"The Quiet Beatle" 3 years ago

I first became enamored with the Beatles around 2012, when I began to discover 1960s music as a whole. I fell in love with their songs, musical innovation, and the personalities of the individual band members, my favorite of whom has always been George Harrison. Born in February of 1943 in Liverpool, England, Harrison had a very modest upbringing. The youngest of four children, he spent the first six years of his life in a small home with no indoor toilet and heated only by a small coal fire. Little did he know it at the time, but everything was about to change when in 1958, he auditioned for John Lennon and Paul McCartney's skiffle group, The Quarrymen. Originally, Lennon thought Harrison was too young to become the group's lead guitarist, but Harrison's talent and pluck soon established him as a member. By 1960, the band had changed its name to the Beatles and began a residency in Hamburg, Germany; in 1961, manager Brian Epstein began to streamline the band's style, and helped them secure a contract with EMI Records and officially launching their UK career with their first single, "Love Me Do." By 1963, the Beatles had acquired the last member, drummer Ringo Starr, and Beatlemania was in full swing. The rest, as they say, is history. Harrison's greatest contributions to the Beatles included his interest in classical Indian music and use of instruments like the sitar and the tabla, which are prominently featured in songs such as "Norwegian Wood (This Bird Has Flown)", and Harrison's own composition, "Love You To". In addition to being at the forefront of the Beatles' experimentation with Eastern music, Harrison also wrote and sang some of the group's most iconic songs, including "Something" and "Here Comes the Sun." After the breakup of the Beatles in 1970, Harrison went on to have a successful solo career, with such hits as, "Give Me Love (Give Me Peace on Earth)," "My Sweet Lord," "All Things Must Pass," and others. Harrison passed away in November 2001 after battling lung cancer; however, he lives on in the hearts and minds of Beatles fans the world over, and his legacy has become a lasting one.

The Grand Canyon State 3 years ago

First incorporated as a state in 1912, Arizona was the last of the lower 48 states to be added to the union. Back then, it was little more than a vast desert peppered with cotton farms and copper mines. Fast forward more than 100 years, and it has become the site of one of the largest metropolitan areas in the country, owing partly to its sunshine and breathtaking scenery. In 2009, my family first moved to Arizona for my father's job after living in Michigan for our entire lives. Needless to say, it was a huge change; we were uprooted from our quiet lives in a cold, rural Michigan town to the heart of the Valley of the Sun, where summer temperatures regularly exceeded 110º Fahrenheit. However, that year is one of the best in my memory. After living in a place where the only distinguishable geographic features were lakes, I was in awe of the vast beauty of the Superstition Mountains, the red rocks of Sedona, and, of course, the Grand Canyon. To this day, Sedona remains one of my favorite places that I have ever visited. It was such a magical place for me. Although my family unfortunately had to leave Arizona and return to Michigan when my father's job fell through, I'll always keep part of it in my heart, and I still consider it my second home. 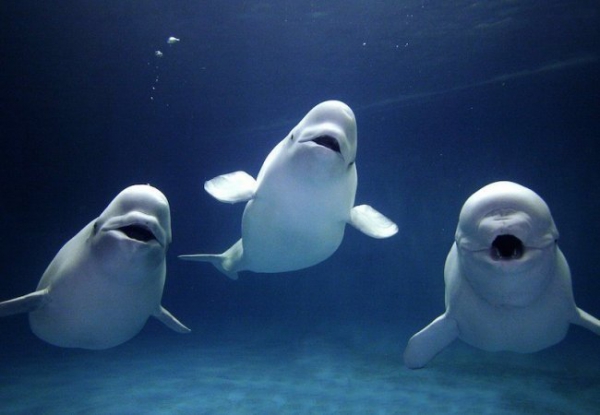 This is a tribute to whales, my favorite cetaceans. They are amazing for many different… 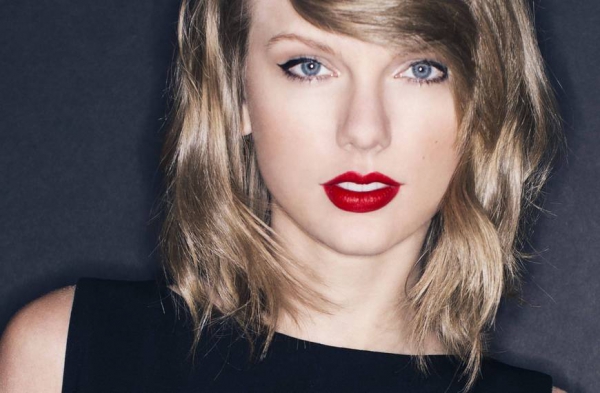 A Singer-Songwriter Who Taught Us to be Fearless

Taylor Alison Swift was born on December 13, 1989 in Reading, Pennsylvania. She spent her… 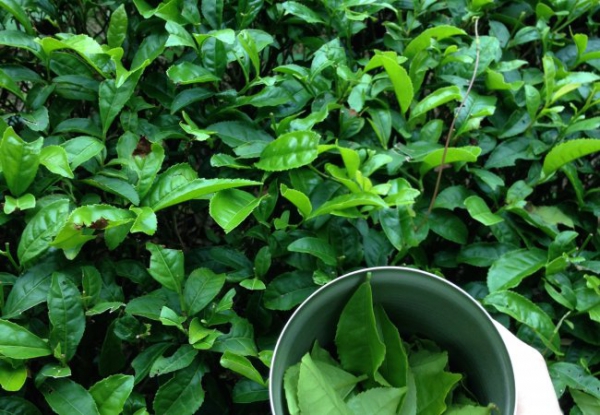 There are many varieties of green tea: sencha, matcha, gunpowder, and jasmine, just to name… 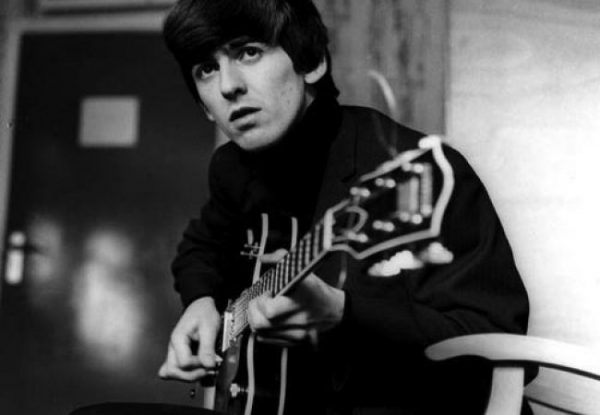 I first became enamored with the Beatles around 2012, when I began to discover 1960s… 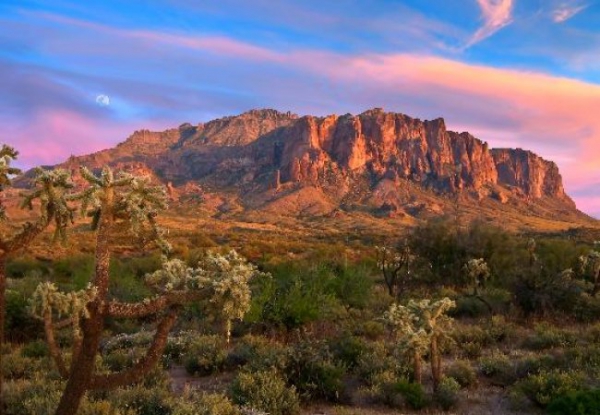 First incorporated as a state in 1912, Arizona was the last of the lower 48…

Login Now With One Click And Create A Page - Completely Free!