Sad news today that Lemmy from Motorhead has died. I saw Motorhead play live at Donington in the '90s and they were an extremely talented band.

Motörhead drummer Mikkey Dee has confirmed that without Lemmy, the band will no longer continue.

“Motörhead is over, of course,” he told Sweden’s Expressen newspaper. “Lemmy was Motörhead. We won’t be doing any more tours or anything. And there won’t be any more records. But the brand survives, and Lemmy lives on in the hearts of everyone.”

Lemmy, who died on 28 December, two days after being diagnosed with an extremely aggressive cancer, formed Motörhead in 1975 and was its only constant member, as singer and bassist. 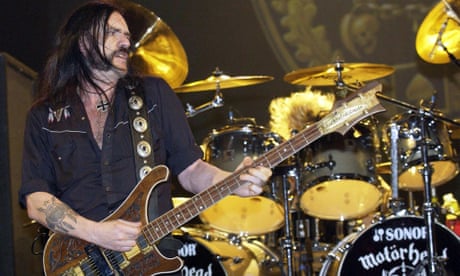 While the end of the group seemed inevitable, Dee, who joined the group in 1992, has now eliminated any possibility of them performing with a replacement singer. In the same interview, he also admitted he had been worried about Lemmy’s health.

“He was terribly gaunt, he spent all his energy on stage and afterwards he was very, very tired. It’s incredible that he could even play, that he could finish the European tour. It was only 20 days ago. Unbelievable.”

“It feels fantastic that we were able to complete the tour with him. It’s heartening that we didn’t cancel because of Lemmy. I’m incredibly grateful for the years we had, and that we had such a good time together.”

Recalling the day he heard Lemmy had cancer, Dee said: “It came as a shock, but when [Lemmy] went home he said, ‘I had a good run, fuck it.’”